My interests and abilities are more aligned with the creative tracks (the visual, artistic, interactive and UI/UX side of the front-end work). Although I'm also experienced and comfortable with all the other aspects, like dealing with REST/GraphQL APIs, tooling/configuration, testing, performance optimization, etc.

Currently, ReactJS is my current framework, but I would also like to learn more about Svelte, WebGL and WebVR ecosystems...

These are some technologies and tools that I've been using in the last few years.

Supervising and participating as an IC in the design system upgrades, the creation of the new booking form, the new global marketing website, the new diner app, the SSO, and the merchant portal.

Together with the Head of Data Science and a team of 3 front-end engineers and 3 back-end engineers, we built one of the most advanced analytics suite in the industry for TableCheck's customers like Hilton, IHG Intercontinental, Hyatt, Westin or Okura hotels.

Managed to bring the product from its initial prototyping stages until its release in August 2019 in 3 languages: Japanese, English and Spanish. Since then, we continued adding new features, languages and improving its performance. 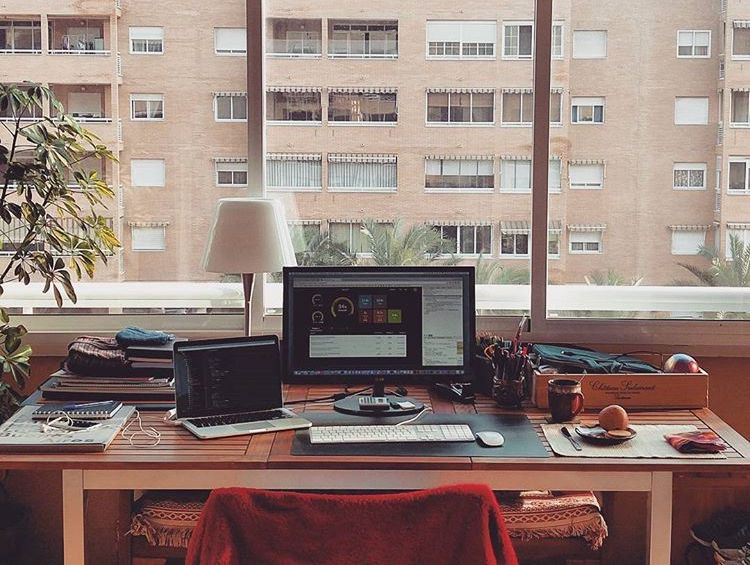 SapientNitro was the number #1 digital agency in the UK at the time of my tenure. It's also a division of Sapient corporation, which belongs to the Publicis group.

October 2015: worked on a responsive front-end for the insurance quote journey in Travelers. Tech involves lot's of vanilla JS, mustache and path.js.

Aside from web development, I also helped with the management of the dev team, owning the deliverables of the team for a specific track, presenting the progress to the client, preparing prototypes for user testing, and updating the QA team.

May - July 2015: led a team of developers working on Save the children's Drupal website. The tech stories were based on a technical audit I wrote and presented to the stakeholders with recommendations for the website.

May 2015: (individual work) created an artistic installation that lets users throw fireworks using their hands. The demo was built with Kinect and OpenFrameworks for a creative technology event in SapientNitro's Spitalfields office. The demo was installed in Eden House's exhibit area:

Mar 2015: Flash developer for a custom build of an iPad prototype with Adobe Air for Barclays.

Feb 2015: contributed to a mobile responsive web prototype for Dyson.

Jan 15: lead developer for an internal web app to manage the technical skills of Sapient employees with Node.js, Sails.js and MongoDB.

May 2014: speaker at the Ember.js meetup (Introduction to the JavaScript port of Box2d and augmented reality with OpenCV realtime shape recognition with JavaScript).

SapientNitro has lead M&S through quite literally the biggest multi-channel retail re-platform in history with more than 600 SapientNitro people on the project that have worked more than 1.1 million hours!

Jul - Sep 2013: worked on a microsite for the ICA (Institute of Contemporary Art) in London called The Art Rules. I was mainly focussed working on the physics and animations. Tech used includes: Ruby on Rails (RoR), HAML, Heroku, Github (including issue tracking), SASS, CSS3 animations and Javascript Box2d 2D physics. It got shortlisted in theFWA and showcased for a few months on Eden House's coffee & exhibit space. 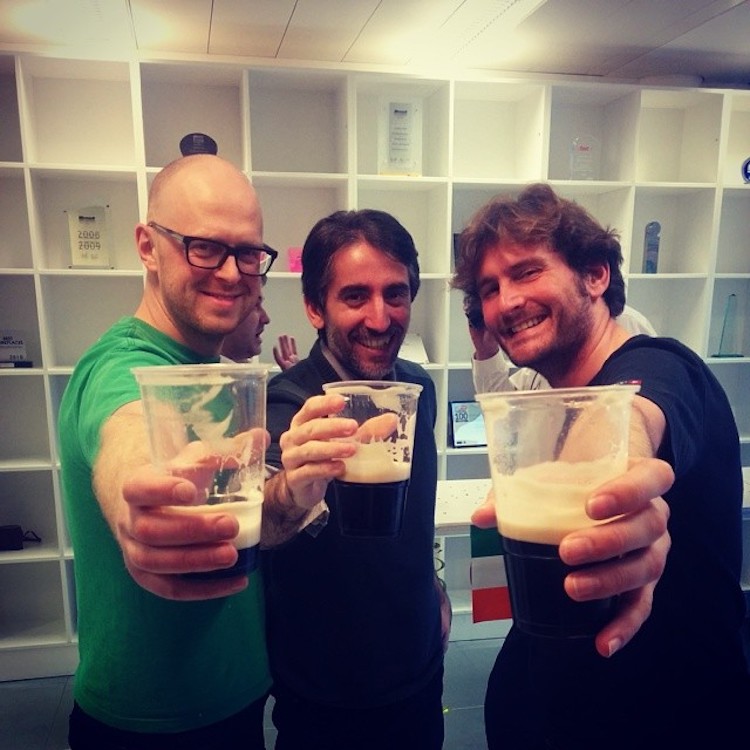 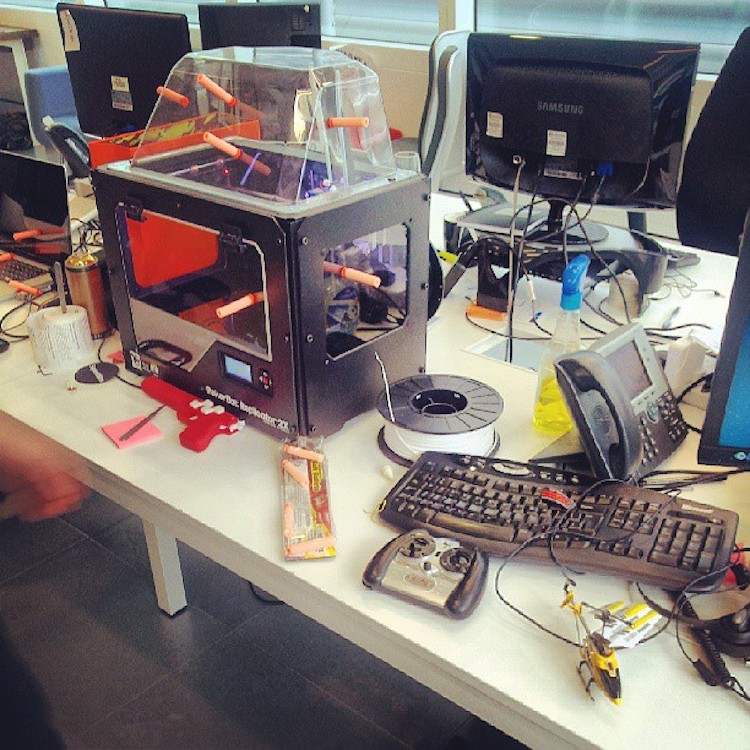 WCRS belongs to the Engine Group, which was the number #5 digital agency in the UK at the time of my tenure.

My articles in the WCRS blog:

UPDATE: the articles are no longer available at WCRS' blog, so I published them on my website. 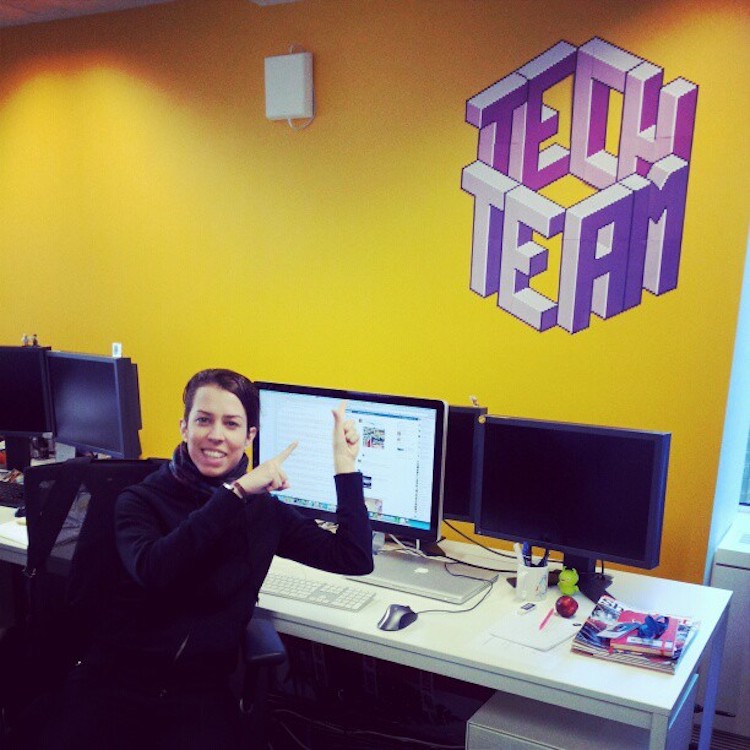 I joined the newly created development team under the digital media department with a very important objective: to completely rebuild the ROH website from scratch. A business critical project that required a major overhaul in the ticketing system, server infrastructure, information architecture, user experience, content management and online shop to match the high standards of the organisation.

The development team was small; two full-stack developers, one design manager and a CTO. This scenario allowed me to have considerable influence in the application architecture and the overall development of the website.

As a result, the online ticket sales increased to 60% - no more waiting room - and all the digital content and user experience improved thanks to the robust framework and work methodology stablished by the digital media team. 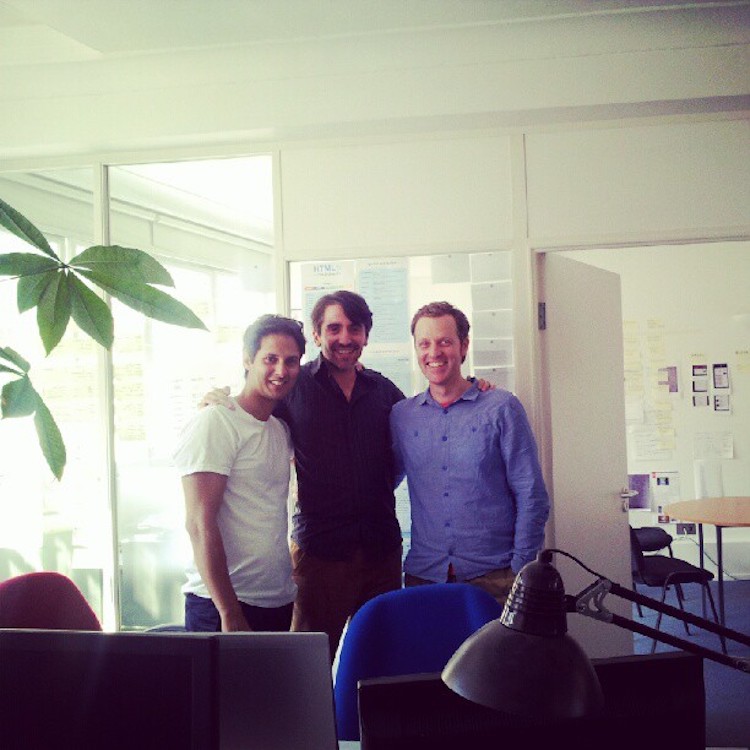 Co-founded a small digital agency specialised in design and development of multimedia applications and websites based on Adobe Flash (AS2), MdM Zinc, Wordpress and front-end technologies.

Some of the bespoke products we created:

We also provided web hosting with cPanel/WHMCS and digital marketing services to our clients (mainly SMEs) and collaborated with other freelance designers, developers and agencies in Spain.

Participated in the development of three desktop applications for real-time TV production, from initial conceptualisation to final development (HP business partner). Based on C++, QT, DirectX 9 and other API’s.

IT support for customers and custom builds of desktop computers

Designed a technical implementation for a local area network in a cyber coffee shop. Purchased the equipment and software. Installed all the machines and programs. Managed the day to day computer rental operations and maintenance.

IT support for customers, retail assistant and custom builds of desktop computers

IT support to update the company software installed on the customers machines to avoid the “Y2K effect”.

The following are some recognitions from my former co-workers, partners and clients. Some of them know me as “Pach” (my nickname).

"Joan is a talented developer with creative flair. Working with him is always a pleasure even when there are tight timelines and tricky pages to build. Joan always embraces challenges with a smile on his face and determination to find a solution. Through his experimentation with code, attention to detail and dedication to crafting elegant solutions, he is an invaluable member to any creative team."

"Pach is a top quality developer. This guy has been working with computers and programming for a very long time. He has run his own web development and hosting agency. His programming experience spans both front-end to back-end. His love of art and creative thinking drives his passion for creative technology. As if that wasn't enough, he's lovely chap, very easy to get along with. I would jump at the chance to work with Pach again, so should you!"

"Joan is an extremely talented developer and technologist: no technology is a problem! Whether you are looking for a Vanilla JS, Angular, ReactJS, [insert library/framework/tech here], I'm positive Joan will deliver it, high quality, on time.

His knowledge and attitude makes him one of the best developers I had the pleasure to work with, as he's not only committed to the quality of the code, but to the overall delivery of the project, which can make all the difference when delivering large-scale projects. Having Joan in the team is a joy, I wholeheartedly recommend Joan.

Joan is also a very good fußball player, although not as good as myself :)"

"I brought Pach (Joan) on board to work on Dove 2.0, having worked with him previously on BT. Pach was part of a front-end development team of seven people, and very early in the project you could see that Pach was a front-runner and was willing to lead the team. In the end we split the development and build work in to two tracks, and asked Pach to lead one of them. From start to finish Pach was calm, lead from the front, was a problem solver, and helped deliver the project with minimal defects and on time. His qualities were also recognized by the wider team and he became a trusted and valuable member of the overall delivery."

"I would like to nominate Joan for his work on the Dove project. Working with him on this project we had tight timelines and tricky pages to try and build but Joan always embraced these challenges with a smile on his face and a determination to find a solution to the design teams requests. Not only is he a talented developer he also brings his own creative flair to a build. Through his experimentation with what was possible with code, his attention to detail and dedication to crafting elegant solutions he made an invaluable contribution to the animations and interactions of the new Dove site."

"I’ve had the pleasure of working with Pach on the recent Dove 2.0 project, during this time he has gone above and beyond what was asked of him. He remains calm and focused in stressful situation and is brilliant at managing other developers. The team looks to him for guidance and he as show true leadership qualities. His knowledge on all things digital and the industry make him a valuable asset in any team. Pach is a agile master!"

"Pach is a very creative and design-aware developer, his motion coding skills is unreal and really had inspired the UX, Design and his FE team digital team and of course clients. As a person he is so easy to work with for he's polite, well mannered and focussed on getting the job done. He had lots of great ideas which really add values to the experiences. He created the ‘Curtains Up’ motion transition on the Dove 2.0 homepage which everyone in the team and the clients love. Pach’s contagious enthusiasm contribution making my time on Dove 2.0 a delight. I am sure everyone will agree that it was truly a pleasure working Pach!"

"For me creativity is the ability to solve a problem but in a way that delights people in new and different perspectives. We tend to forget that creativity takes on many forms and in this case, Pach has rightfully reminded me so. Pach has been an absolute joy to work with. Where an animation or difficult task is presented, the usual response from developers would be a quizzical look and a shake of the head. Pach has been nothing but enthusiastic to tackle animations and other challenges full on, constantly coming up with better, improved solutions to the code and researches and suggests his own ground breaking ideas on animations and possible renditions to the creative work. On top of this, he has stepped in as a wonderful and reliable leader within the team and displayed commendable organisational and management skills. Finding a developer than can code exceptionally is very, very difficult, but finding one that also has wonderful people and leadership skills that greets problems with smiles is practically impossible - I'm so glad we've got Pach in the company. He has been an invaluable asset to the team and I couldn't stop singing his praises. If anyone deserves this award it would definitely be Pach."

"I have only been a part of the development team here in London for a few weeks but I have seen on multiple occasions Joan's committed efforts in building up and training others within our team. He has worked hard to share his level on knowledge with others more junior than himself while remaining teachable and working to grow his own skills. He continues to provide important feedback with regards to developmental processes and the work of others. I have seen his effort over the last few weeks, even while on the bench, enable others to learn and grow in their skills and he has brought people into his research efforts and helped to grow our team."

"There is a special thing that I love from Joan, he is extremely amazing caching the fist idea from your project included in a difficult steps, changes or corrections. Your company will be blessed with an amazing programmer."

"He is a great person to work with, always gets the work done and on time. I will hire him again for other projects."

"Joan is a multimedia guru. Always pushing the boundaries of his pixel-focused mind, Joan never runs out of creative ideas and the enthusiasm to get things done. He is full of passion for his craft."